If you have raised boys in the last fifteen years, the “Bob the Builder” theme song may be 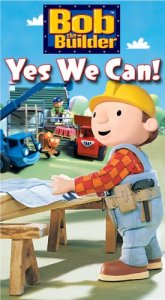 implanted in your brain. Even as you read these words you can hear the music and the lyrics marching through your memory bank. It appeared that Bob the Builder could fix anything! No problem was too big or too challenging for Bob. It seemed that using Bob the Builder and the phrase, “I can’t” in the same sentence was unthinkable!

“I can’t”, are two words despised by every coach and every positive thinking guru out there. However, there are times when the phrase “I can’t” is necessary and useful.

Recently, I have been reading quite a bit in the Gospel of Luke, and at the time of this writing I am preaching a series of messages from this book. I am excited to share with our congregation week after week the many wonderful truths from these powerful chapters. Lately, I have been reading and rereading Luke 5:1-11. I want to share a few of these verses with you:

When He had finished speaking, He said to Simon, “Put out into deep water and let down your nets for a catch.”

“Master,” Simon replied, “we’ve worked hard all night long and caught nothing! But at Your word, I’ll let down the nets.”

When they did this, they caught a great number of fish, and their nets began to tear. So they signaled to their partners in the other boat to come and help them; they came and filled both boats so full that they began to sink. Luke 5:4-7 HCSB (emphasis added)

I don’t know if you have ever fished all night and caught nothing, but I have. Many times my dad, my grandma (mammy) and myself would load up the bait and tackle and head for one of the piers along the North Carolina shoreline. Although Mammy could always catch fish, I wasn’t so blessed with her talent. If the fish weren’t biting, I would soon get bored and was ready to head for home. However, my dad and grandma wanted to make sure they got their money’s worth, so they would continue to fish all through the night. I can relate to Simon’s frustration of empty nets.

But, don’t forget Simon was a professional fisherman. It had been his livelihood for much of his life. If anyone knew where the fish would be, it would be him. After a long, fruitless night, Jesus instructs Simon to let his nets down into the deep water and he would receive a catch. Jesus was not a fisherman by trade. He was raised by a carpenter, not a fisherman. Simon, although not fully convinced, was willing to obey the Lord regardless. He was willing to do what the Son of God said even though it did not seem rational at the time. Even though his faith was weak, he still had enough faith to obey.

When he obeyed, God worked in a miraculous way! When he followed Christ’s command, God did something in a moment that he had not been able to do all night. I would dare say this was more than likely the biggest catch Simon had EVER seen! This catch did not come 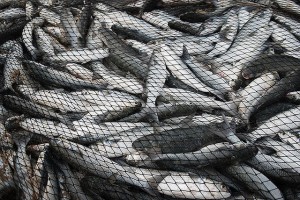 on the heels of human ingenuity, counsel from other fisherman, better weather, a fish radar, a better boat, a different lake or any other man-made tactic. This catch came as a result of simply obeying God.

What does this ancient story have to do with you and me in 2016? The fact of the matter is there are many things that you and I face on a regular, even daily basis, that leave us frustrated and empty. It may be a struggling marriage, a prodigal child, a difficult work situation, a problem at school, a personal health issue or the pain of watching a loved one suffer. Many times these situations drain us, discourage us and even depress us. We feel helpless as we try to figure things out on our own and discern what we can do differently to change the problem. Day after day, night after night, we give it our all. Time and again we try to come up with a solution only to find ourselves more and more discouraged. It is as if we have “fished all night and caught nothing.”

The wonderful reminder in this passage of Scripture is that the marvelous catch Simon Peter experienced was not a result of what he and his buddies could accomplish on their own. Rather, it was all about him having enough faith to launch out one more time and do what the Son of God said to do. It was all about obedient faith. When Simon exercised this obedient faith God took over and provided in a miraculous and marvelous way. As a result the catch was so massive, it took two boats to haul in the fish and both vessels began to sink.

Whatever your situation or your problem is, no matter the thing that has your stomach in knots and your heart in turmoil . . . learn to, by God’s grace, handle it with obedient faith. Your ingenuity and energy may be exhausted, but often it is then that God shows up on the scene and just asks us to trust Him. Our responsibility is not to trust our wisdom and our capabilities, but rather to trust His wisdom and His capability. Someone once said, “God likes to work, when nothing else can.”

Recently, I have been very discouraged and frustrated about a particular difficulty in our family. I have said everything I know to say. I have done everything I know to do, and I have tried everything I know to try. Quite literally I have “fished all night and caught nothing.” As I was reading this passage of Scripture a few days ago, it seemed as if the Holy Spirit reminded me of this truth as I read Simon’s words when he said: “we’ve worked hard all night long and caught nothing.” It was as if the Holy Spirit said, “It’s not about what ‘you’ can do, but it’s about what ‘He’ can do.”

I can’t help but to think about the widow woman in the Old Testament that was down to her last dinner. She and her son were about to eat the last meal and then they were going to wait and die as a result of the famine. The interesting thing is God sent Elijah to this widow woman and said that she would sustain him. How on earth could she sustain Elijah? She was literally down to her last bit of food for her and her son. Somewhere, deep inside her soul, she still had a glimmer of hope that led to obedient faith. When she responded with obedience to the Lord, God supplied her every need (see I Kings 17:7-16).

I do not know what you are facing today. Maybe you, like Bob the Builder, have been trying to “fix it.” You have exhausted your efforts. You have run out of human ingenuity. You have been crushed time and again by disappointment. You don’t know where to turn, you don’t know what to do and you don’t know how to fix it. Maybe today, you need to stop trying more and begin trusting more.  Maybe today, you need to begin to search the Scriptures and find out what God says about your scenario and your need, and you simply need to exercise obedient faith. So often, we like to be in “control,” but the reality is we have very little control over anything. Life happens and disappointments come. We live in a sin cursed, messed up world that is only going to deteriorate more as the return of Christ draws near. God has not called us to figure everything out and solve every crisis. However, God has called us to trust Him and obey Him. As the hymn writer said so long ago, “Trust and obey for there’s no other way to be happy in Jesus, but to trust and obey.” We may not be able to control whether or not the “fish swim into our nets,” but we can lower our nets and be ready if God chooses to send them our way. We cannot make the wind blow, but we can raise our sails.

When it comes to the difficulties and struggles my family faces, I must lay it at the feet of Jesus. I must completely and wholeheartedly give it to Him. I must exercise obedient faith and do what He says and leave the outcome up to Him.

Is there something in your life you need to surrender? Let’s choose to let go together.